Taking The First Footstep Together With The City

The global war for talent has become a universal phenomenon across regions and industries. Virtually all the major cities around the world are vying for the attention of top talents in future growth sectors such as artificial intelligence, bioscience and fintech, by creating easier environments to launch startups.

Seoul is hardly an exception in this regard. The tech-savvy capital city of South Korea had announced plans last year to nurture 10,000 ‘innovative talents’ by 2022 – individuals with technical knowledge in fourth industrial revolution-related segments or startup entrepreneurs from overseas. The city will also double the number of available business facilities for tech startups in AI and bio sectors to 2,200 spaces.

Its ambition is gradually becoming a reality. Seoul is grabbing more spotlight in the global startup scene as its ecosystem is becoming more competitive. According to The Global Startup Ecosystem Report published by Startup Genome, the world-leading innovation policy advisory and research organization, Seoul was included in the Top 20 list of cities for the total value of startup ecosystem in 2020, whereas it was outside the Top 30 list in 2017. Startup Genome valued Seoul’s ecosystem at 47 trillion won in 2020.

Startup Genome highlighted that the city has seen a rapid rise in the ranks due to the emergence of more unicorns, advanced R&D capabilities it has accumulated as Asia’s center of technological innovation, and patent application rate. Its report especially emphasized that South Korea’s R&D spending ratio to GDP is the second highest in the world at 4.3%.

Startup Genome further evaluated that the public sector’s proactive role in supporting startups has been fruitful in creating a more attractive ecosystem in Seoul. It emphasized the city’s scale-up policies such as the 1.2 trillion won ‘Seoul Future Investment Fund’ and fully customized support to startups in all stages of business development.

The numbers also prove that more global talents are coming to Seoul for entrepreneurial opportunities. First, the number of startups launched by global talents with the support of Invest Seoul Center, the institution responsible for attracting foreign direct investment (FDI) and supporting startups launched by global talents, increased by 2.6 times in 5 years, from 45 in 2014 to 115 last year. Likewise, the amount of FDI generated in relation to these startups was up from 4.5 billion won to 10 billion won. Choe Hong-seok, Project Manager at Invest Seoul Center, commented that “Seoul is the Asian Silicon Valley with many great talents enjoying the benefits of world-best IT infrastructure. To achieve win-win growth of both individuals and the city, the public sector has been ceaseless in assisting global talents to launch startups here in Seoul.” 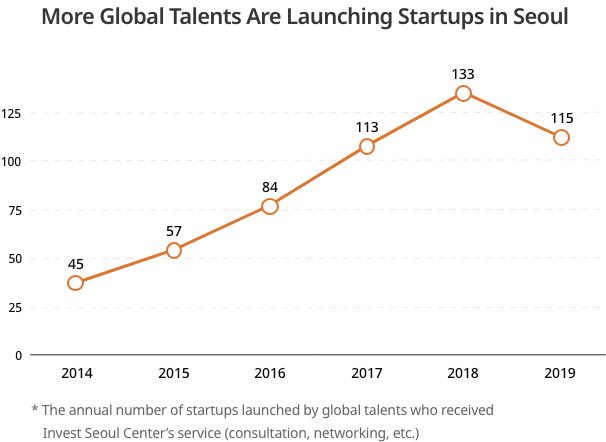 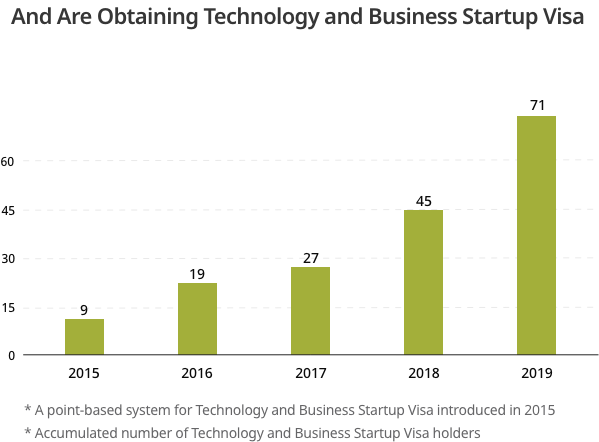 "Koreans are fast adopters of new technologies. Seoul has good infrastructure to support them."

Seoul Fintech Lab (SFL) is located in Yeouido, also known as the financial center of Seoul. SFL is an incubator established to bolster Korean financial industry’s global competitiveness and hosts both fintech startups as well as relevant key government agencies including Financial Supervisory Service and Korean Intellectual Property Office. There is a clear synergy coming out of such physical proximity of different organizations, according to Chea Srun, CEO of XQuant that provides analysis of unstructured financial data using machine learning and natural language processing: “We have a partnership with DNeuro, another startup on the same floor, working together on an online financial information platform.”

Other entrepreneurs added that the government efforts on early-stage financial support had been impressive. Leland Creswell, VP and Chief Marketing Officer of GoQba that uses AI technology to track abnormal eye movements of the elderly for predicting the risk of Alzheimer’s and related brain diseases, stated that “the government here has been making a very strong push to get more ventures started.”

Loma Sernaitto, CEO of urGlow that offers curated and customized Korean cosmetics products and solutions to Brazil, agrees that Seoul has a competitive edge in early-stage support. She evaluated that there are many funding opportunities for Koreans and global talents alike, and shared her amazement at the amount of support from both the community of private-sector entrepreneurs as well as government entities in Seoul.

Guide to Starting Your Own Business in Seoul

The first step in starting your own venture in Korea is to receive a thorough consultation and understand the local way of working before you jump into the entrepreneurial adventure of your dreams.

Invest Seoul Center (ISC) is a one-stop, must-go support center that provides consulting on a wide range of subjects from visa application, patent filing, standard process of starting a business in Korea to more specialized topics such as tariff and legal advice. It is also conveniently located in Jongno District, right in the center of Seoul.

General consulting service is offered on weekdays from 9 a.m. to 6 p.m., in multiple languages including English, Chinese, Japanese, Russian and Mongolian. Specialized consulting service is offered through prior appointments, with each weekday providing sessions in different topics. Between January and November this year, Invest Seoul Center conducted 3,265 consulting sessions to global talents preparing to launch own startups and those who are already operating their businesses in Seoul. Read More 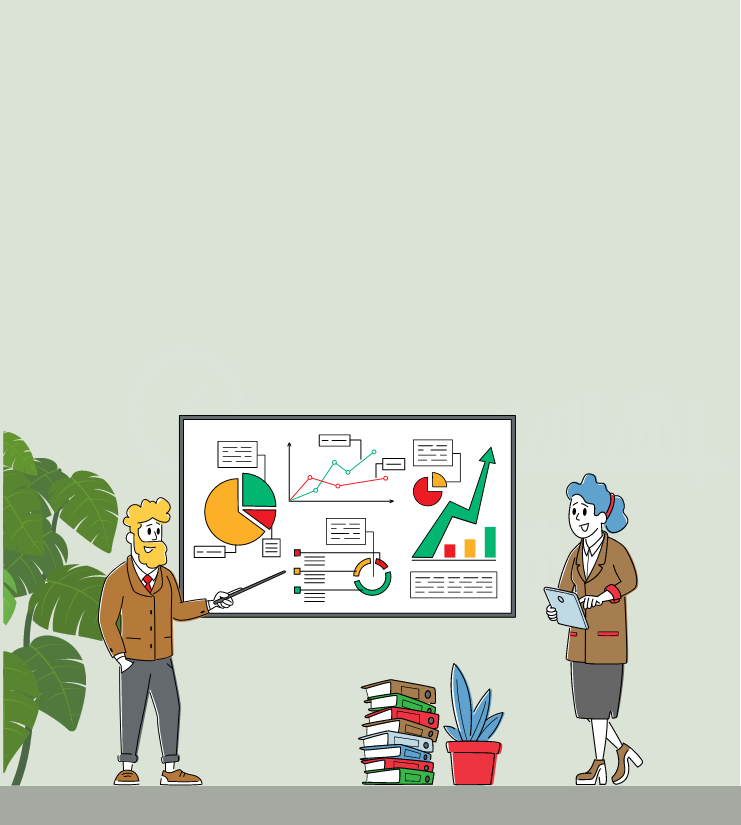 Receive professional support on business incorporation in your preferred language

After you have received ISC’s consulting, you must legally register your business as the next step. You must incorporate the business first and then apply for business registration certificate at the local tax office with your certificate of residence in Korea, corporate seal, and seal certificate.

To facilitate and expedite the required process, ISC provides the full list of lawyers and judicial scriveners who can provide a foreign-language service to international entrepreneurs like yourself. On top of that, the center also has a long list of accountants, tax accountants, labor attorneys and patent attorneys. You can also contact the center for networking with external institutions that provide assistance with your business incorporation, patent filing, and other areas.

You must also have an office to incorporate your business and legally register it. Should you lack sufficient funds to purchase or rent an office space, you can apply to rent one at the Seoul Global Startup Center (SGSC), for free once you are selected. Read More 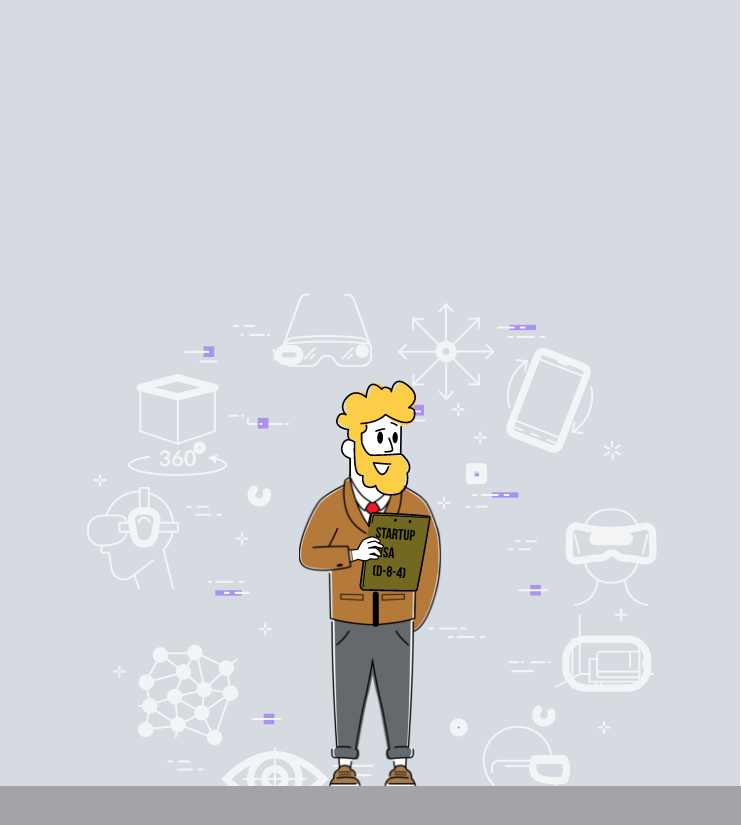 To launch a tech startup in Seoul based on that unique idea of your own, you have to obtain the right visa (D-8-4). For successful application, you must hold a bachelor’s degree and must earn the required number of points for the visa.

The points can be earned by completing education programs under OASIS (Overall Assistance for Startup Immigration System). OASIS is a 9-category preliminary education program for future startup CEOs. You must have 80 points or more for a successful visa application. For instance, OASIS-1 is an 18-hour session that teaches the basics of intellectual property and grants 15 points upon completion. The session is conducted in the participant’s language, not in Korean.

Other ways to earn points than completing OASIS sessions are possessing a research visa (E-3), holding an intellectual property right or attracting funds of more than 100 million won. There are total 77 global talents holding the D-8-4 startup visa as of October this year. The figure has risen by more than eightfold compared to 9 holders in 2015. Read More 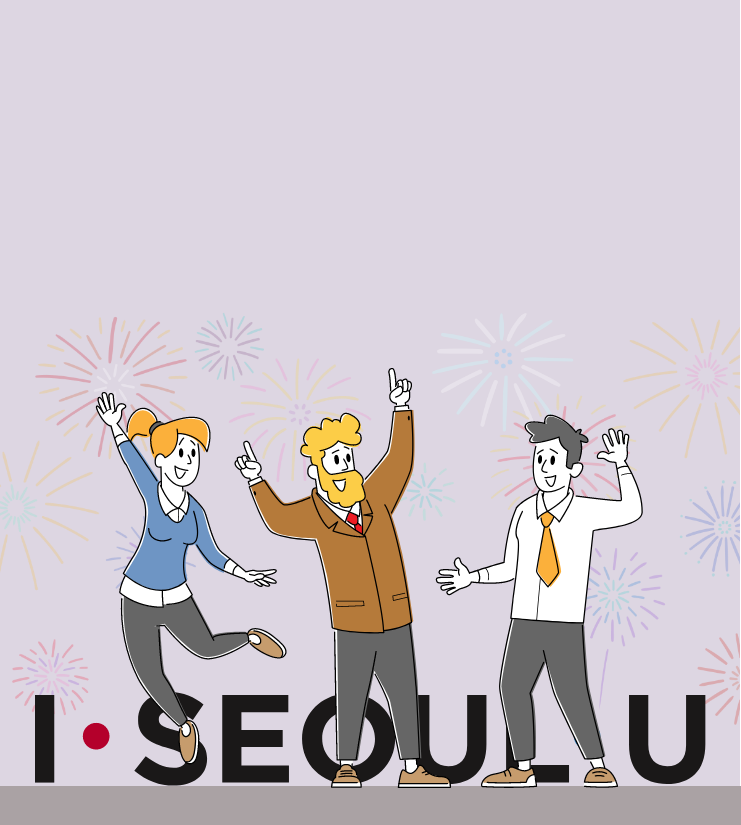 Seoul Global Startup Center (SGSC) can help you with the next step. Its selective startup incubation program can offer you its office space for up to 3 years, and a maximum funding of 20 million won. It provides fully tailored assistance in fundraising and developing new sales routes, and further plans to launch an online crowdfunding platform as well. SGSC also opened up a course on ‘Business Korean’ and received good feedback from the startup CEOs whose Korean level was not so high. Song Gwang-nam, Head of Investment & Business Incubation at Seoul Metropolitan Government, commented that “SGSC is set to making Seoul the city where everyone including anyone from overseas can easily start his or her own business.”

SGSC currently hosts 48 startups composed of 187 entrepreneurs from 18 countries. Industry sectors also vary, from education, platform, hardware IoT to lifestyle. Their annual revenue sums up to 8 billion won, 36 times more than that generated by 35 startups during SGSC’s first year of opening in 2016. The startups at SGSC this year have attracted total funding of 1.3 billion won and registered 36 IP rights. Read More

Explore How to Connect with Startups in Seoul